I'm not a huge fan of the traditional mince pie. They always seem to have too much dry pastry and not enough filling. I learned how to make these little beauties at the bertinet bakery school last Christmas. I have strayed slightly from the recipe we used then which was for a sweet pastry base, filled with homemade (and nicely booze) mincemeat and topped with almond cream. The almond cream is genius. It creates a light, moist topping and even other people who share my dislike of this most Christmassy pie like this version. I used a pate sucre recipe from the ever reliable Jill Colonna's latest book, Teatime in Paris and filled them with a bought mincemeat. When I ran out of mincemeat, I switched to prunes soaked in rum. We always have a jar of these on hand for dropping into hot coffee or livening up yoghurt. Try it, it's just dried agen prunes with rum poured over to cover. To finish off the mince pies you can spoon on the almond cream but I like to pipe it because I'm quite messy with a spoon and Since I discovered the joys of disposable piping bags, I pipe everything. I used flaked almonds on top of the mincemeat filled pies and improvised with some vanilla powder on the rummy prune filled ones. What I love is that once baked, these can be happily frozen for two months. To revive, just take out of the freezer and allow to defrost for a few hours or pop straight from the freezer into a moderate oven for 15 mins or so. They keep their crispy pastry crunch and are amazing. Stress free Christmas bite sized baking! 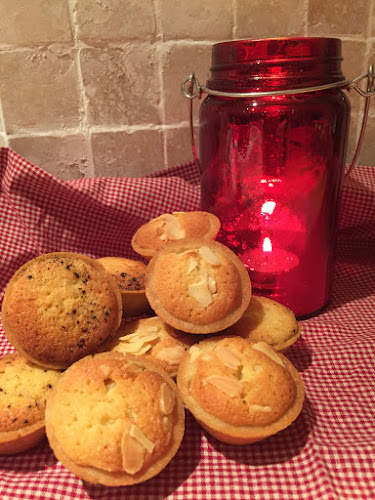 Then there were almond amaretti from an online recipe which I was disappointed with because they came out soft and squishy and I wanted the ones which were crispy. 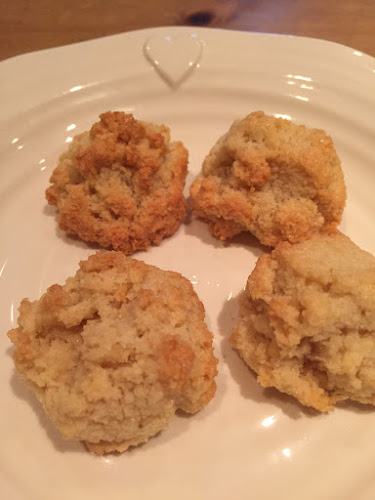 This was followed by stollen, another recipe learned courtesy of M. Bertinet. This is seriously worth doing. The recipe in his book "Crust" will make 3 large stollen loaves which again can be frozen. I chose to slice my loaves before storing in the freezer so I can defrost as needed rather than defrost a whole loaf. It's basically an enriched dough rolled up with almond cream, marzipan and juicy rum soaked dried fruits. I promise it is worth the effort. 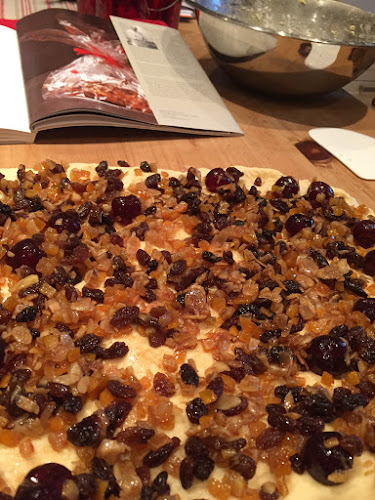 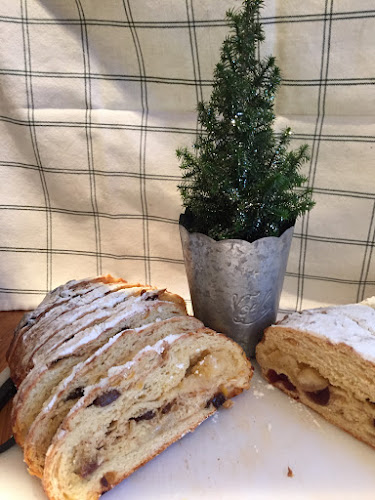 And my go to recipe for biscotti is here. This is the fourth year I've made them and they will store in an airtight container for at least two weeks. Again it's all baking you can do in advance so you have something to offer friends who drop by. 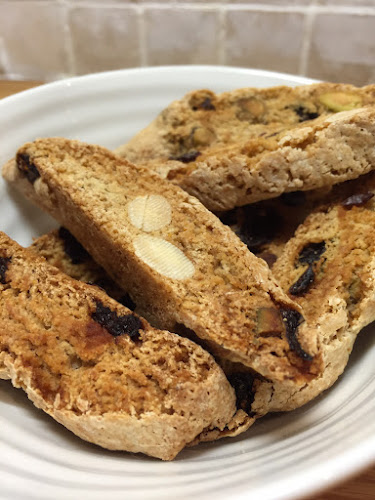